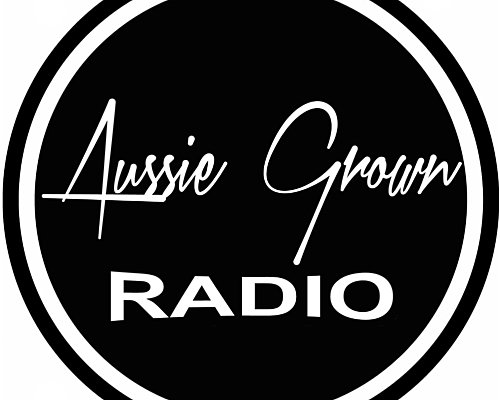 Workshop 5-6pm & Artists Showcase 7-9pm **ticket gives you access to workshop and showcase, come to both or just the showcase at 7pm** Aussie Grown Radio is proud to present the 2nd SAAGA (SA Aussie Grown Artists) event which will incorporate an afternoon workshop with industry professionals leading into an Artist Showcase in the evening, where local artists will share their original works. Aussie Grown Radio provides access and support for Australian Christian musicians/bands/artists to distribute their music across Australia via various methods. Come and get some key info to enhance your music journey at the Workshop (5-6pm), from several industry experts, including: • Joseph Cheek (Island Studios – Head Engineer/Producer), • Rod Boucher (Christian Television Association/Producer); and • Founders of Aussie Grown Radio: Hank David & Jenelle Hanckel The Showcase (from 7-9pm) will spotlight these outstanding South Australian local artists: • Elena Gardiner (Baravilala) • Ben Cosford; • Kayci Mya; and • Luke Inglis 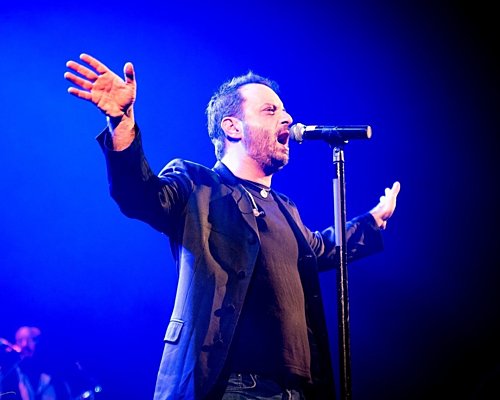 Anthony Mara showcases the songs of BILLY JOEL in a unique, raw and acoustic performance. A new twist on many of the Piano Man’s greatest hits, and the untold stories behind classic songs. A captivating show, premiering for the first time in 2021. 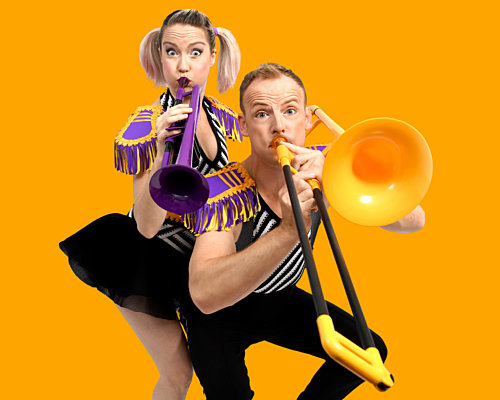 The creators of "Children are Stinky" bring you an all new, action-packed, super exciting circus spectacular. 'Brass Monkeys' celebrates kids who march to the beat of their own drum. Bursting with high calibre acrobatics, a ton of comedy, live music and high flying tricks, this show is perfect for little kids and grown ups who like a big brass belly laugh! Performed by powerhouse duo Kyle Raftery and April Dawson (Lunar Circus, Circus Oz) and directed by Malia Walsh (Circus Trick Tease). This trio of artists are famous for combining circus skills of epic proportion and comedy for all ages. Recommended for children between 3-10 and grown ups who like a laugh. 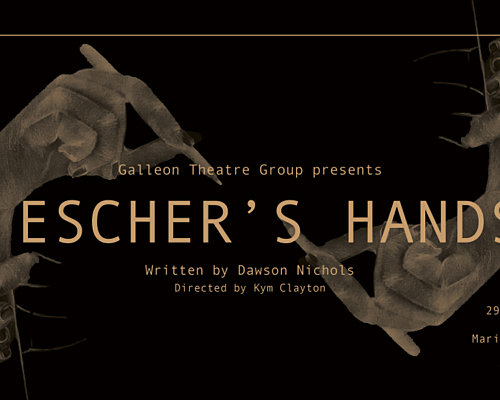 Written By : Dawson Nichols Directed by : Kym Clayton “Does the author control the character, or is it the other way round? Check out award winning Galleon Theatre Group’s latest drama. (Content warning: some strong language, adult themes.) “ 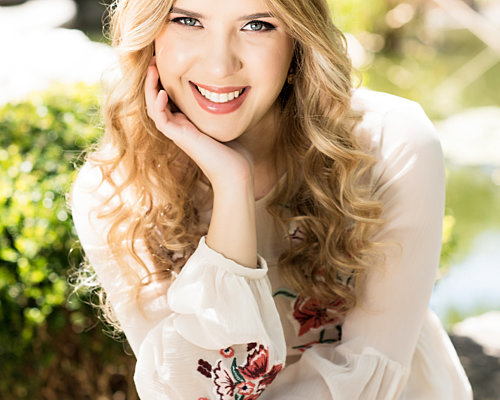 Rachael Leahcar pays tribute to The Beatles, performing songs from her album ‘Here Comes The Sun’ and many more, to celebrate more than 50 years of legendary music! All your favourites including Let It Be, Here Comes the Sun, Blackbird, I Am The Walrus, Hey Jude, All My Loving and the rest of the best of the Beatles to warm up your pipes and get the toes tapping!Armed with a live band, Rachael invites you to Come Together, Because there’s Something about this that will make you Twist And Shout until The End! 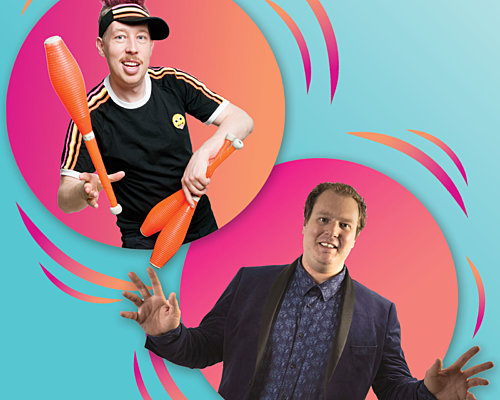 Get ready for skills, spills and thrills when a juggler and a magician face off in an all out showbiz grudge match. They’ll bring out their ultimate signature moves over three rounds to win over the crowd. Once the tricks are done, YOU vote to decide the winner. Lots of fun and laughs along the way. 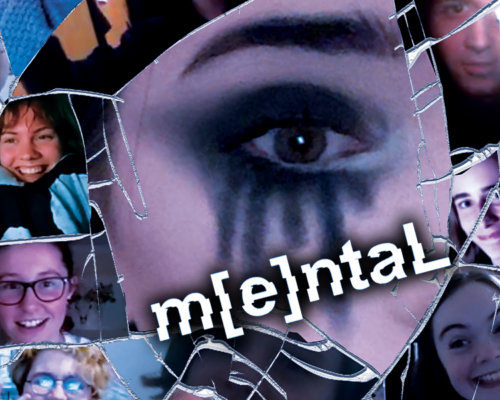 When we talk about mental health, we usually focus on the problems. We tune in to all of the negative aspects. But what if we switched the script to focus on what creates positive mental health instead? Mental is a play specifically designed to facilitate this important conversation between young people. It explores the things that help us feel happy and connected to place, to each other and to ourselves. 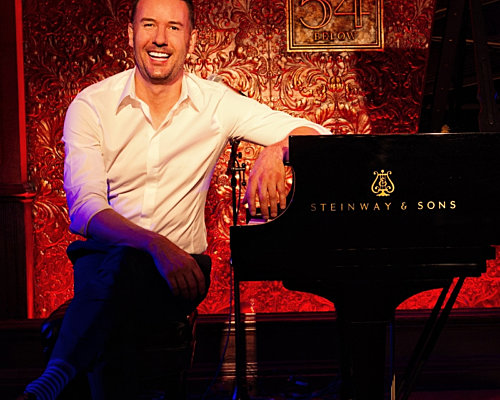 He's been Peter Allen, Cole Porter, Kylie Minogue, Annie Lennox and Madonna to great acclaim. Now Helpmann Award winner Michael Griffiths takes off the mask and shares stories and songs from 20 years on and off the stage. Backed by a three piece band including hand picked favourites from his back catalogue and (via social media) your request! Hit him up on Facebook, Twitter or Instagram to request your song and what night you're coming along and he promises to do his best to include it. ★★★★★ "One of Australia's most prodigious cabaret talents" The Advertiser. ★★★★★ "Griffiths is obscenely talented" Broadway Baby UK. ★★★★★ "Performed with more enthusiasm than I thought possible" Deadline News UK 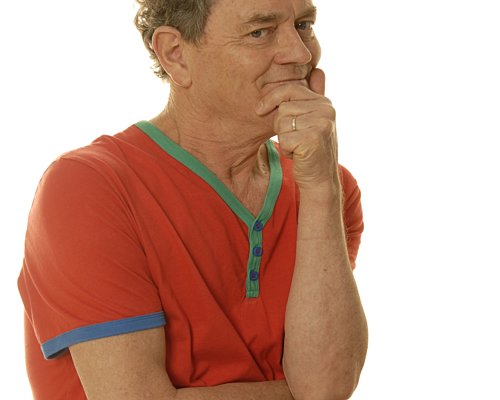 PETER COMBE IN FIX THE FENCE WITH STICKY TAPE

Legendary children's singer and songwriter Peter Combe, is back with a new show together with the all singing, all dancing Theatre Bugs kids! Wash Your Face in Orange Juice (of course!) Everybody's Got a Little Rhythm, Jack & the Beanstalk, Newspaper Mama, Music of the Day, Stuck in a Pizza, Spaghetti Bolognaise, Toffee Apple, Juicy Juicy Green Grass... the perfect show for the young and young at heart. Recently awarded an OAM for his services to the performing arts, in particular children's music, plus 3 ARIAs and a career spanning 4 decades, Peter Combe continues to perform with the same enthusiasm and energy he showed in 1983 when he left his teaching job to forge a career as Australia's eminent children's performer and songwriter. Peter Combe is Australia’s best known children’s singer/songwriter. His achievements include 3 ARIAS for Best Children’s Album - Toffee Apple 1988, Newspaper Mama 1989, The Absolutely Very Best of Peter Combe (in Concert) 1992, 7 Gold & 2 Platinum Albums and 1 Gold DVD. His newest album Live It Up was nominated for an ARIA in 2017 Recent national tours include his Live It Up national tour in 2017 and Christmas Tour in 2018. His Greatest Hits National Tour for 2020 has been rescheduled for 2021. He has sold over a million Cds and DVDs. His best known song Mr Clicketty Cane, also known as Wash Your Face in Orange Juice, has had over 2 million plays on Spotify In 2020 he was awarded an OAM for services to the performing arts. 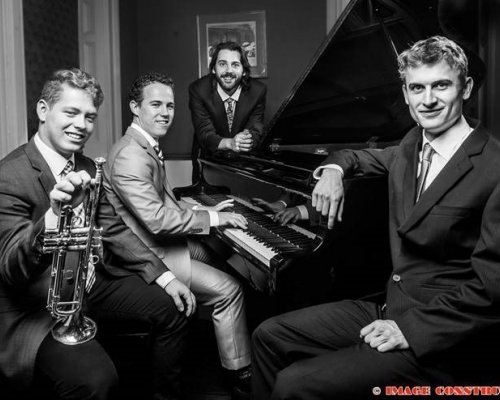 Sweet As Swing reimagines your favourite Aussie songs from Waltzing Matilda to You’re the Voice and serves them up with a jazz twist. Premiered to sold out audiences at the 2019 Adelaide Fringe Festival, the four-part male vocal set features original arrangements inspired by The Hi-lo’s, The Four Freshmen, and Lambert Hendricks & Ross. Apart from the stunning harmonies, the performance features Kelly Doddridge on trombone, Marcus Ryan on guitar, Andrew Casey on keys and Ryan Casey on trumpet. 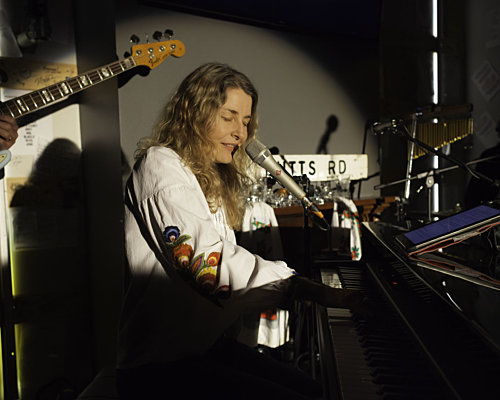 YOU'VE GOT A FRIEND - STORIES OF CAROLE KING'S TAPESTRY

Victoria Traeger pays homage to Carole King’s timeless album, performing Tapestry cover to cover, with peoples’ stories of how King’s songs have accompanied them through life. Songs are time machines; they transport us to treasured moments and every moment is a story. This heart-warming show is about those stories…a tapestry to feel and see, impossible to hold, to quote Carole King. These memories are related through video footage and spoken word. Victoria Traeger (piano & vocal), will be accompanied by Bruno Tarraran (guitar), Joanne Hall (backing vocals), Neil Conaghty (bass guitar), Steve Todd (drums and percussion), and Mae Napier-Traeger (violin and backing vocals).